By Jason Decks • Posted in Trading Tips & Advice • No Comments

On Friday, 7th October, 2016, something interesting happened to the GBP. Something unusual if you will. Like the GBP has not had enough plunging after BREXIT, it nosedived to the lowest in 31 years. There was yet another fat-finger error.

If you were trading any pair with GBP as the base currency, you might have noticed the sudden dive as shown below:

What is a Fat-Finger Error in Forex?

This is what we call a Fat-Finger Error. A fat-finger error is a keyboard input error in the financial markets such as the stock market or foreign exchange market whereby an order to buy or sell is placed of far greater size than intended, for the wrong stock or contract, at the wrong price, or with any number of other input errors. These errors are caused mostly by humans but sometimes could be caused by a rogue computer algorithm.

The pound sterling on this day fell by 6% just after 7PM in New York. I had just placed a short order on the GBP with no Take Profit set. So this time I missed out big time on this one. There was no news around the time of this incident, hence the reason fat-finger error is the culprit here. But thinking of it, if it was really a fat-finger error, the convention is that the counterparts agree to clean things up, remove it from history as if nothing happened. This yet hasn’t happened. Not sure why. So it could mean this may not have been a fat-finger error after all.

There are some other theories however. Some think someone deliberately tried to move the market sharply to take advantage of low liquidity, others think it’s options expiry, which happens on Fridays might have caused this strange behaviour of the GBP.

Forex is not a single entity. It’s a collection of trading systems across the globe and there’s no single data source so it’s very hard to track such events.

Though there was a quick bounce back, the GBP hasn’t fully recovered from this. Traders have a reason to be happy because this might be a sign that the GBP will continue on it’s weak path. GBP has been weak for the past ten days since Theresa May addressed the Conservative conference. Goldman Sachs has already predicted a 5% further decline of the pound within the next 3 months. All fingers are pointing to one action: Going bearish, especially for long-term traders.

From this event we can learn two things: Stop Losses/Take Profits are important and we as traders should practice taking advantage of them. And the fact that the pound sterling will keep diving deeper. 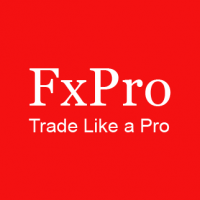