The year 2017 had been pretty active, especially if we talk about the major forex pairs. The EURUSD had a good performance, starting the year around the 1.0500 area and ending it around 1.2000, which means around 12% increase. Cable also had a good performance following the Brexit shock opening the year 2017 around 1.2500 and ending it around 1.3500, which is not bad at all. Now that 2018 had begun, we want to provide you with a quick preview with our take on the future development of the above mentioned pairs.

Looking at our chart, you can see the year 2017 market with blue. The pair had rebound higher as prospects of better economic activity started to materialize. The inflation is expected to advance further in 2018, alongside with the EU GDP. That is why we expect the pair to continue towards 1.3100-1.3300 area. When it comes to the US, the Fed had announced only three rate hikes for this year and if that won’t change, we do not expect the US dollar to be support. From the contrary, above expectations inflation figures combined with no action from the Fed will hurt the US dollar favoring the euro.

Even though cable managed to rebound in 2017, we believe 2018 with be a packed with uncertainty which could hurt the sterling. There are still many things to settle regarding the Brexit negotiations and the time is running out. In March 2019 Britain will formally leave the EU and since the time is pressuring both sides, the risks of no deal will be high. Taking that into account, even though the current leg up could extend, we expect it to stall around the 1.4000 area. 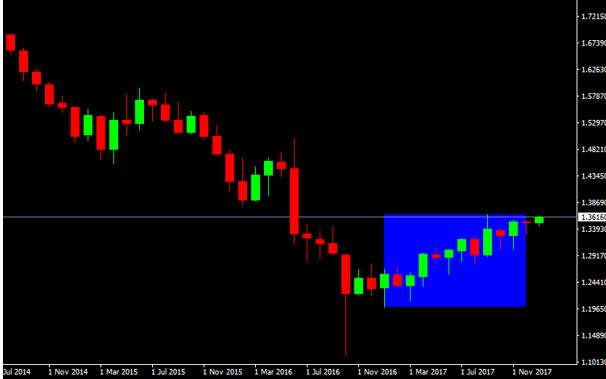 Only if the Brexit negotiations will find a positive outcome before the end of the year, there is room for more upside gains. However, that scenario looks pretty unlikely at this point and we believe will be reached very close to the exit date, March 2019.

The market currently expects a deal to be reached, but any risks that will arise along the way will hurt the British currency in the short-term.